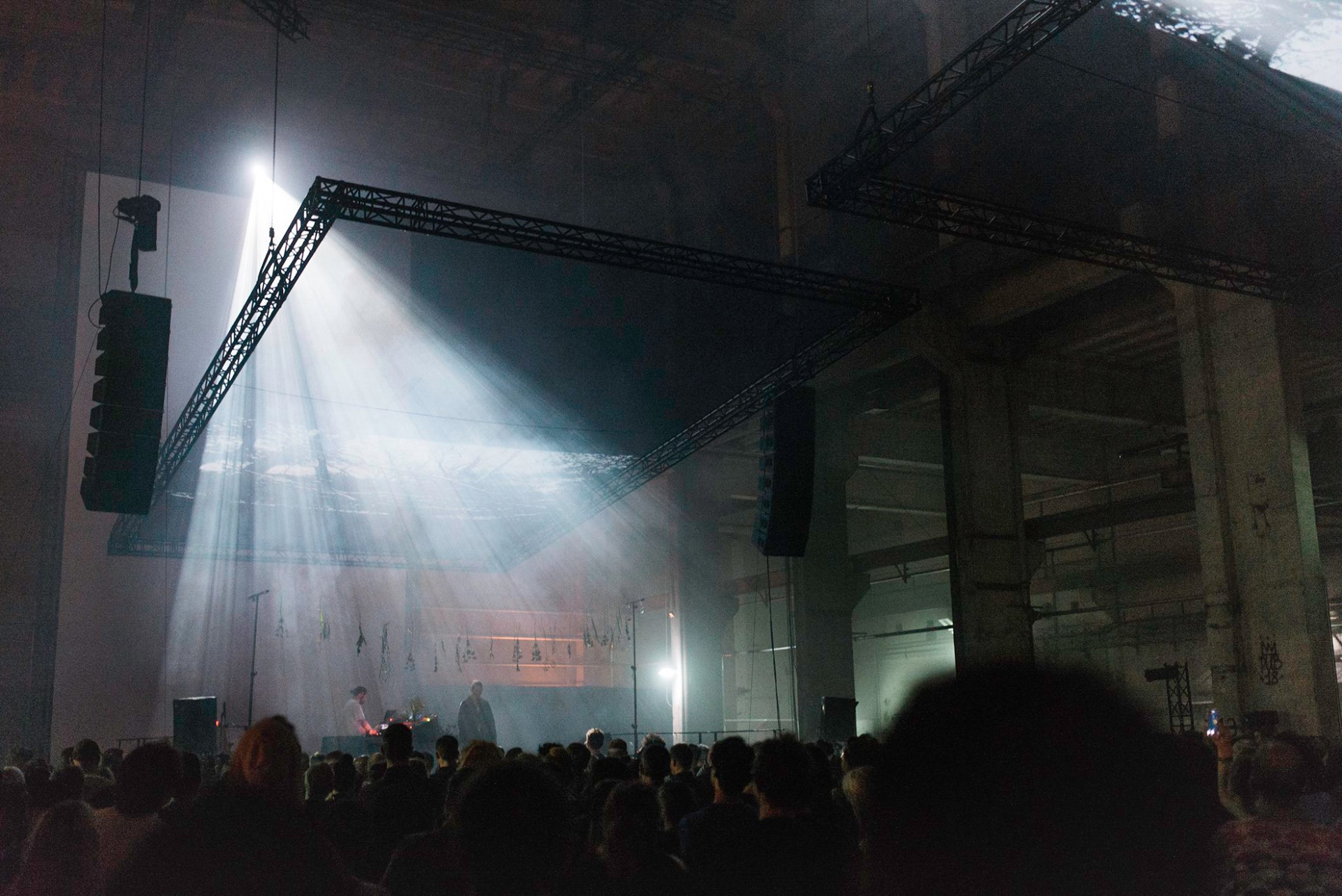 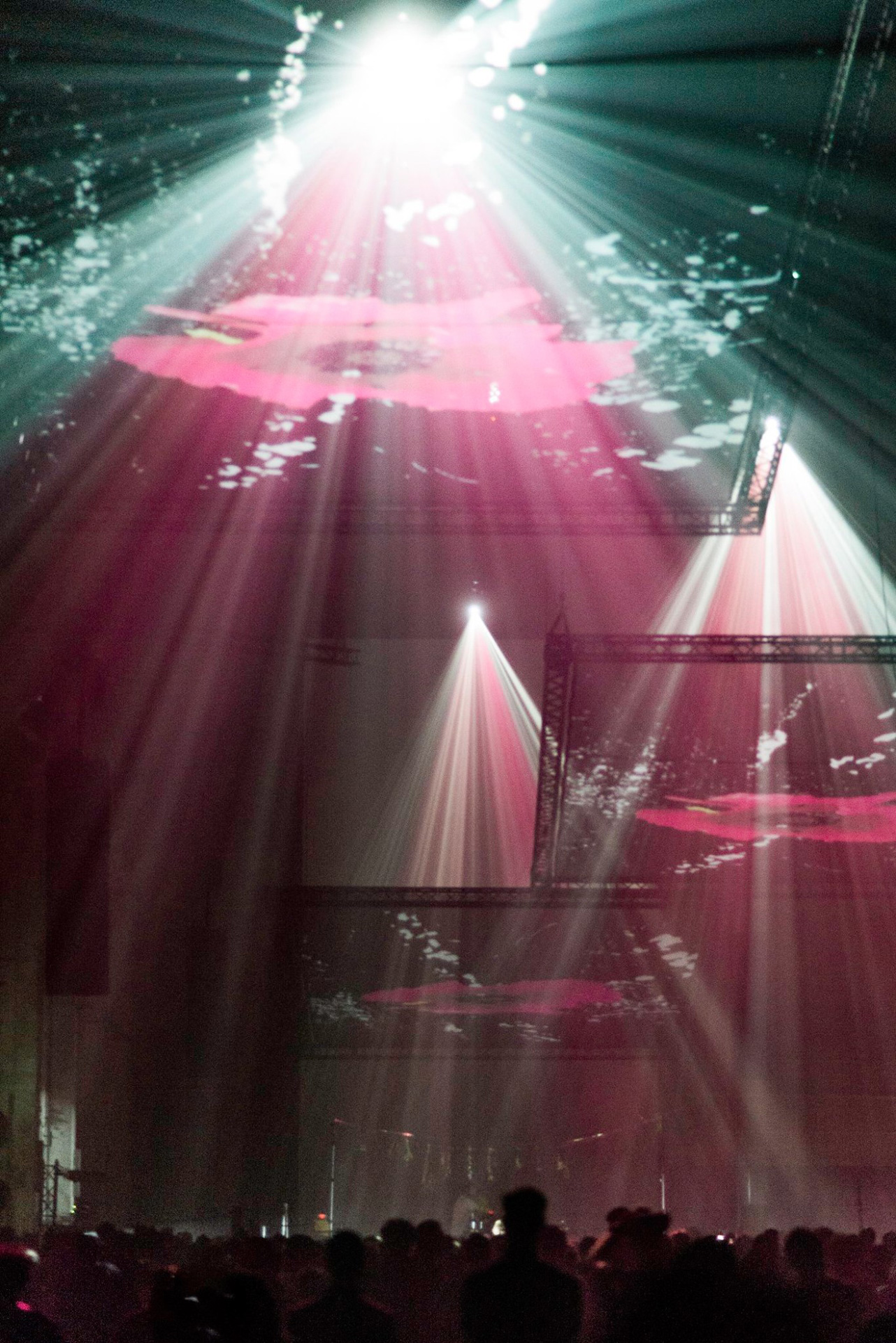 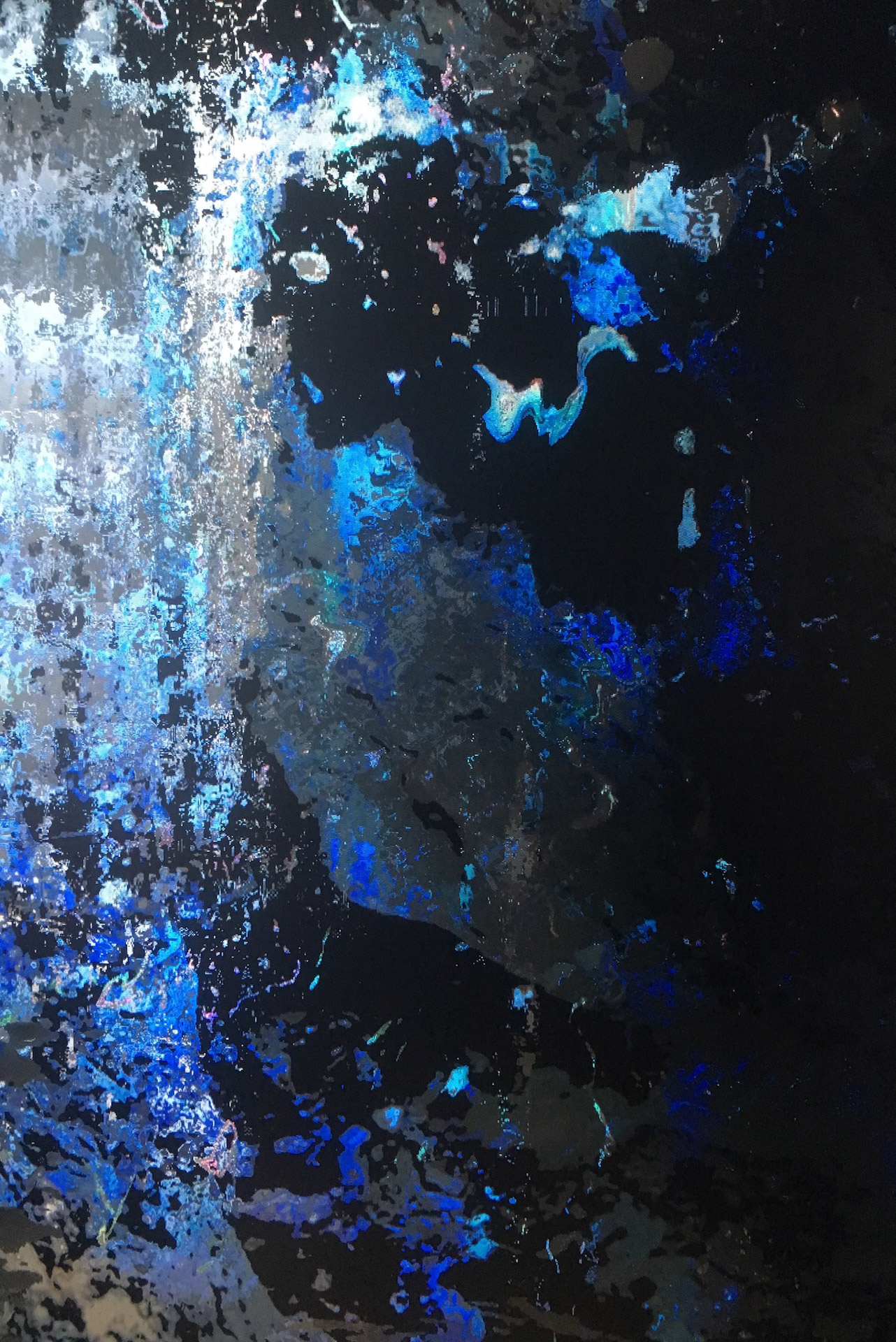 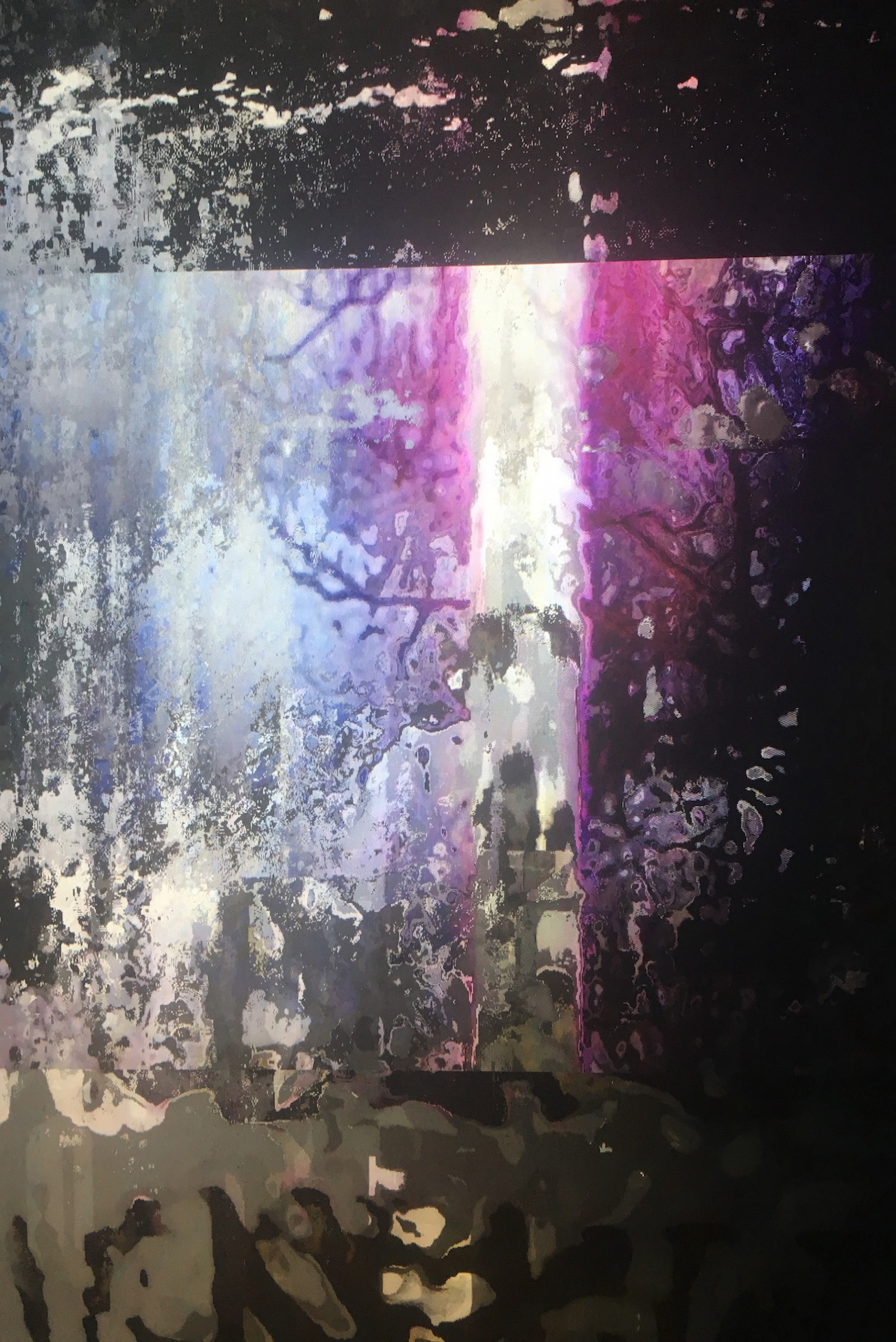 After doing visuals for Berlin’s infamous Herrensauna, which happened at that time in a sweaty basement in Neukölln, out of the sudden a friend asked me if I would like to participate in Varg’s Nordic Flora Showcase at atonal Berlin. Since I mostly had experience with CRT screens, projections where quite new for me and I was not really aware about the venues dimensions at this point. The deadline was tight and eventually I decided to prepare video for the FLORA performance, which was closing the showcase and was quite unusual for the festival’s line-up. This made it possible to be more playful with the material. I have been mostly processing video material by FLORA member Anna Melina, who send me recordings she made on Gotland – the Swedish island where she grew up and most of the music was recorded at this time. Water- and light plays, theme based footage of natural phenomena and recordings of an old CRT screen, processing audio frequencies have been the source material of this 45 minute long video collage.
The positioning of translucent projection surfaces made of tulle above the crowd and the large amount of digital artifacts of the source material allowed me to use the projection screens as an abstract light source. Complex layering and mixing with various blend mode transformed the elemental origin of the material into abstract, but familliar shapes and textures, which tinged the room with the mood of the music. Resembling floating under the surface of water, the audience was draped into refracted light and has been taken out of the focus towards the stage by moments of concrete motifs.